We hope to see you soon!

New York City is, of course, not the first cultural melting pot in history, and proof is available nightly at Turkish Kitchen, a hearty and welcoming restaurant in the New York that reproduces with resolute authenticity the polyglot cuisines of Istanbul and the Anatolian provinces.

The influences and affinities one may taste in Turkish dishes range from Central Asian and Persian to Greek, Egyptian, and Jewish. The ancient Turks, and later the Ottomans were canny incorporators of whatever good cooking they found on their migrations or in the far-flung realms of their empire. 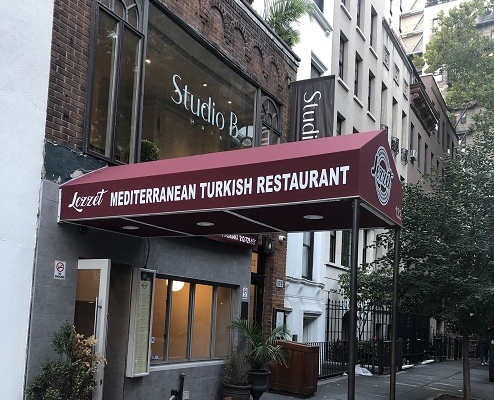